Designed by Safdie Architects, Cambridge, Massachusetts, the $1.2 billion structure incorporates more than 550,000 square-feet of Solarban® 70 glass, which was selected for its exceptional combination of transparency and solar control, as well as its ability to support plant life, deflect and absorb radar signals, and to fulfill the specific acoustical demands of one of the world’s busiest airports.

The glass dome, which consists of a continuous grid shell supported by 14 ring-like columns and ring beam at the roof’s edge, extends more than 650 feet across its longest span. GnT Glass Company, Ltd., based in Guangdong Province, China, fabricated more than 9,000 triangles of double-glazed Solarban® 70 glass, with no more than two units shaped precisely the same way. A 16-millimeter air space between the two panels in the insulating glass units (IGU) was specified to insulate against aircraft noise.

Annissa Flickinger, international architectural manager, Vitro Architectural Glass, said Solarban® 70 glass was specified for the dome after a rigorous evaluation process. “There was a lot of competition for this project,” she explained. “After all the testing was done, the architect determined that Solarban® 70 glass was the best fit. The legacy we established with other high-profile international airports, such as Suvarnabhum International Airport in Bangkok and Queen Alia Airport in Amman, further confirmed their trust in us.”

In a standard one-inch IGU with clear glass, Solarban® 70 glass has visible light transmittance (VLT) of 64 percent and solar hear gain coefficient (SHGC) of 0.27, making it one of the highest performing products in the industry. Solarban® 72 Starphire® glass has a VLT of 68 percent and a SHGC of 0.28 in the same configuration. 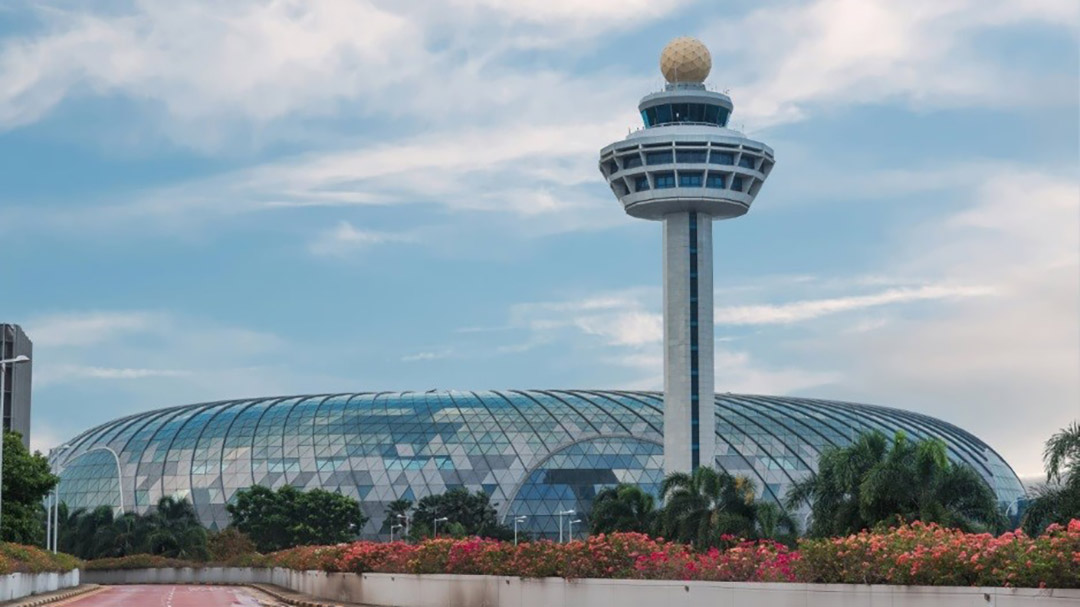 Vitro Architectural Glass, part of Vitro, S.A.B. de C.V. (BMV:VITROA), the largest company of its kind in the Americas, manufactures a range of industry-leading, energy-efficient products such as Solarban®, Sungate® and Starphire Ultra-Clear® glasses at U.S. plants in Carlisle, Pennsylvania; Fresno, California; Salem, Oregon; and Wichita Falls, Texas. Committed to sustainable manufacturing processes and products, the company also operates one of the world’s largest glass research and development facilities in Pittsburgh and four residential glass fabrication plants in Canada. Upholding the values of “Together, We See Further” across the architectural, automotive and containers markets, Vitro strives to realize the power of partnership to ensure that projects meet or exceed ever-evolving sustainability expectations as well as glass requirements. For more information, please visit www.VitroGlass.com.