Clear and low-iron glass for the residential, commercial and specialty markets. 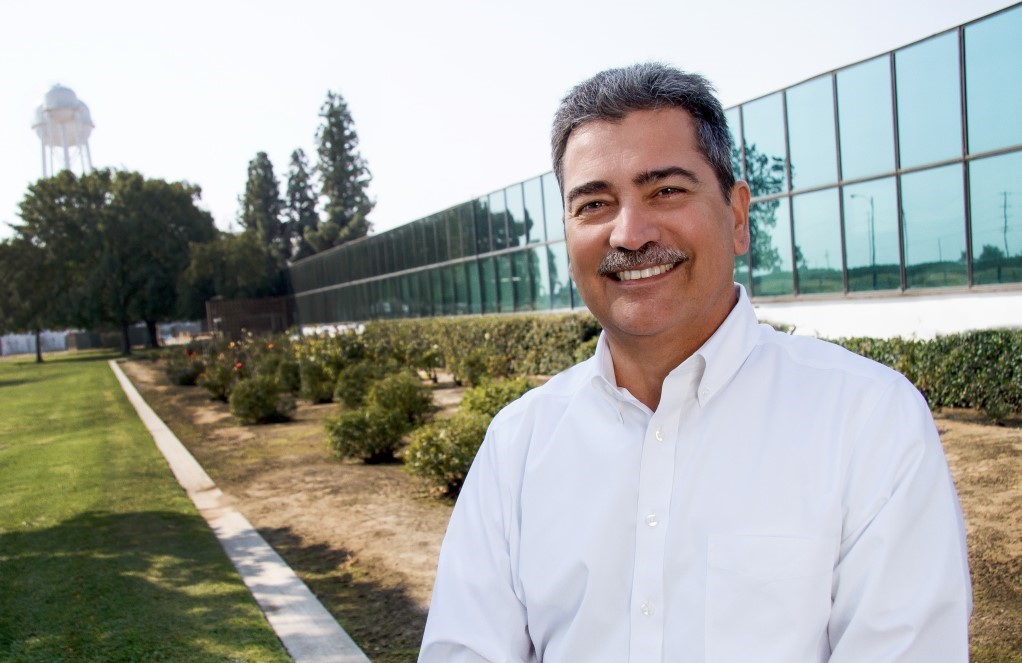 The Vitro float glass plant in Fresno, CA produces clear and low-iron glass for the residential, commercial and specialty markets, in thicknesses from 2.5 to 12 millimeters. Repaired in 2015, the plant spans production and maintenance roles and more. The plant typically produces 600 tons of glass per day, or an equivalent to about 400,000 square feet of 6 mm glass.

The furnace uses a proprietary oxygen-fuel technology developed by Vitro for improved energy and environmental performance as glass is processed from sheet glass to float glass to oxy-fuel float glass. Vitro is now producing its latest high-technology products using our proprietary oxy-fuel furnace technology, including Starphire Ultra-Clear® Glass. Starphire® glass made at Fresno is believed to be the only low-iron glass in the world manufactured in an oxygen-fueled glass furnace.

Starphire® low-iron glass was introduced in 1990 and remains the clearest, most transparent commercial float glass available. Because of its ultra-low iron content and proprietary Vitro formulation, Starphire® glass retains clarity even when manufactured in heavier thicknesses, unlike conventional clear glass, which becomes progressively greener and darker as thickness increases. Starphire® glass is ideal for architectural and interior design applications such as curtain walls, storefronts, tabletops, display cases and interior doors that demand high levels of transparency and color fidelity.

The furnace at the Fresno site was relined and refurbished in 2016 after 15 years of continuous production. The project has resulted in more efficient glass production, reduced environmental impact, and additional flexibility to meet customer’s demands.

The team at the Fresno plant is “dedicated to manufacturing the best clear glass on the market,” said Gutierrez. “We have made excellent progress improving our furnace operation, and we’ve made numerous upgrades throughout the plant to ensure that we’re safe, productive and efficient for years to come. I think the pride in what we’re doing here shows in the product we send out the door each day.”

Gutierrez came on board at the Fresno plant in early 2017. He began his career with Vitro in 1988, and prior to his post at the Fresno plant, he was plant manager for 14 years at Vitro’s Mexicali float glass facility. “Since arriving in Fresno, Javier and his team have made significant productivity and quality improvements, most notably in the production of our Starphire® product,” said Chuck Hanley, Director of Flat Glass Production. “Javier has brought a fresh perspective to this operation, and it’s showing in a more consistent product and improved availability.”

While it’s not the largest of the Vitro plants, the Fresno float glass facility has earned its spot in Vitro’s overall mix with its niche production of coater-quality clear and Starphire Ultra Clear® glasses.